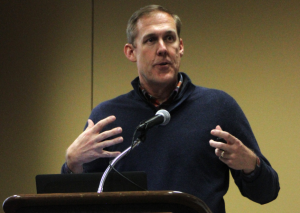 Time and time again, coaches hear athletes talk about the actions they’re going to be taking as the recruiting process moves forward.

They seem excited, and why not? You’re another college coach who just reached out and heaped praise on them for how well they’re doing in their sport, and are telling them how interested you are in them competing for their program. In turn, they quickly agree with your idea of visiting campus, talking and texting regularly, or applying early to get the best financial aid or scholarship package. They’re pumped when you tell them that you’ll be coming to scout them again in the near future, too.

And look: All of that is important in the process. Any start of a new relationship – whether it’s in recruiting, dating, or a new job – has to start with mutual attraction. As a coach, you like what you’re seeing from them. As an athlete, they like the idea of another program being interested in them. You need that initial sign of interest to light that rocket and see what happens.

It’s the “seeing what happens” part that many coaches fail to manage properly.

The result? For a D1 program, it could mean another poor recruiting class that puts you one step closer to being called into your athletic director’s office for a conversation that you don’t want to have after a losing season. For a smaller college coach, it could mean missing your number and not bringing in the quality and quantity that the school is expecting (resulting in an uncomfortable meeting with your athletic director, too).

All because that coach was so in love with the idea of getting the process started, there was a lack of attention being paid towards definable actions that were taking place.

When your prospect verbally expresses interest, but fails to demonstrate any corresponding actions, that should be a big red flag for any coach who wants to take a measurable approach to recruiting.

Case in point: Me.

As I type this, I have yet to tell a contractor we’re looking to hire that he isn’t getting the job. We have a small project at our house that my wife and I need a contractor to do, and we’ve decided on Contractor A. Contractor B has already given me a quote that is more expensive than Contractor A, and didn’t provide it in as detailed a fashion as Contractor A. He’s taken longer to get back to us, and in general, has just made the process more complicated than it needs to be. Contractor A is our man for the job.

Those two primary human emotions, amplified in pretty much every teenage student-athlete you’re recruiting, are the source of what I get worried about on behalf of some coaches. I’ll be breaking the bad news to Contractor B tomorrow, more than likely. Your recruits aren’t likely to be that polite.

You need to look at their actions. Based on our research, and tracking athlete actions through emerging technology like ARI Recruiting, here are the top three things you need to be seeing from your recruit that will signal strong, genuine interest:

This isn’t an exhaustive list, of course, and even if they demonstrate positive signs through these it’s not a guarantee that you’re going to get them. However, it is a strong indicator you’re in the game and headed in a good direction with them.

It’s part of measurable actions you should be looking for in every recruit you take through the process. It’s your job to assess and look for changes, and whether they’re demonstrating actions that signal them leaning towards coming to be a part of your program, or against that idea.

They’ll reveal their true intentions, if you look carefully.

Are you getting our daily insights, training and special research? We call it Honey Badger Recruiting, and it’s changing the way coaches recruit. It’s free if you’re a client, and only $29 a month if you’re just a coach who wants to be part of a community of serious, competitive, goal-oriented college coaches. Give it a try…just click here, follow the subscription links, and unlock all of the past training immediately. We’re doing it for you, Coach!