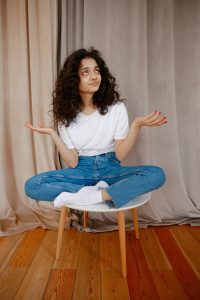 In January, and for the next several months to follow, a lot of coaches face this situation where they have recruits who have done everything. Well, everything but make their final college decision.

Coaches have talked to the recruit for months, if not years.
The recruit has visited campus. Maybe more than once.
The recruit’s application has been completed and accepted.
Financial aid has sent the prospect and their family their package, or you’ve made an official scholarship offer.

But, the recruit still has not made their decision.

Here are a couple of strategies that will help you get them to a point of making their decision:

Now, if you’ve already established a timeline as to when you’ll be wrapping up recruiting, this is a good time to have a conversation reminding the athlete of when that is. And besides just reminding them, ask them what they want to see happen next to help them make their decision in that timeframe.

If you have not talked timeline with your recruits, it isn’t too late. Come up with a timeframe this winter or spring that you would like to be wrapped up with recruiting. And tell them what it is:

“Dan, I wanted to let you know a little bit about how recruiting is going for us. We’re on track to wrap up recruiting for your class around mid-February and at that point we’ll be shifting our focus to the juniors. That still gives you three to four weeks which is plenty of time. But, I wanted to let you know that at that point we will be moving along and I won’t be able to guarantee a spot on our roster past that point. So, knowing that, what would you like to see happen next to be able to help you make your decision about Tudor University in that timeframe? How can I help?”

And Coach, if we get to mid-February and the recruit cannot decide and can’t give any legitimate reason why (“I need more time to think about it” doesn’t count as legitimate), move on. It can be hard but you should feel content knowing you did everything you could and were fair with the recruit in this approach. The reality is, giving them more time only ends up helping 1-2% of the time.

2) Let them know you understand how they feel

This can be a stressful time. Sure, exciting too. But, recruits are hearing from schools, coaches, their parents, their family, their friends, and probably others about their decision. They might still be filling out applications, making visits, and figuring out financial aid. Many are also finishing up their senior year both academically and athletically.

It is a lot. Recognize that.

If you can be the coach that shows you understand what they’re going through, they’ll open up more. You’ll see your recruit start to actually have questions or offer helpful feedback that they may have previously been holding back.

Use that information to help them better through their decision. And the improved connection between the two of you will certainly help favor your school over others. It won’t hurt.

If you need some more tips for closing your recruits for this class, Dan Christensen can help. As part of the team of recruiting experts here at TCS, Dan works with coaches and programs every day to help them improve their results. Email Dan at danchristensen@dantudor.com to set up a strategy call.

Previous Post: « Using Your Data To Help You With Yield
Next Post: How You Can Improve The Responses You Send Students »