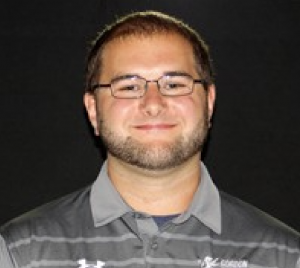 Ever have a recruit that seemed really excited about your program but now just isn’t responding or showing that same level interest? I am sure you have. It happens all the time!

This could happen for a variety of reasons, one of which is that the recruit actually thinks YOU are no longer interested and so consequently, they have lost interest. Sometimes all it takes is one or two signs for a recruit to decide to cross a school off their list because they don’t think the coach is still interested. Here are two common mistakes that cause this which you should avoid!

1) End communication without defining a next step

Whether it is a phone call, an email, or a campus visit, when you don’t provide the next step for that recruit, doubt will start to creep into their head.

They might be confused because they don’t know what to do or expect next. That lack of guidance will halt things from moving forward.

If it was a phone call or campus visit, the recruit might think they screwed up or said something wrong and so that is why you as the coach didn’t give a sign that you want to continue to move forward recruiting them.

This next step doesn’t always need to be a big, profound call to action. It can be as simple as, “keep an eye out for my next email on Thursday” or “can you send me your season schedule when we get off this call?”

Provide a next step to move the process along but also to reassure the recruit that you are still interested!

What often happens in recruiting is the communication starts off strong, with frequent contact to the recruit from the coaching staff. But, if the coaches don’t have an effective communication plan that frequent messaging will tail off and get stale after a while.

That change in the quality and quantity of recruiting communication does not go unnoticed by recruits. They come to the conclusion that since the coach was communicating a lot and now is not, the coach must not be interested anymore.

For you, things may have just been busy over the last few weeks. Or maybe you have run out of things to talk about.

You need to have a plan, Coach! Without a plan, your recruits will pick up on your lack of consistency and that will cause many of them to look more seriously at other programs.

Previous Post: « My 20 Best Recruiting Tips That Have Helped College Coaches
Next Post: Why It’s Vital to Talk Money with Your Prospects Now »