In my family growing up, the weekend after Thanksgiving meant one thing.

After waking-up from your Tryptophan coma, you headed outside to hang Christmas lights. No whining, no excuses: You went full Clark Griswold, with whatever lights you had available. 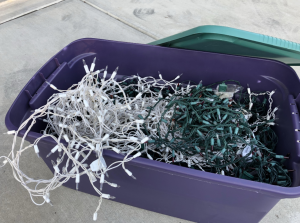 I like the way our house looks after the lights are up, but I really don’t like the work involved in getting them up. Balancing on an insanely tall ladder, untangling the wads of lights we cram into a storage tub for eleven months out of the year…it’s just a grind.

Like recruiting. College coaches like the idea of how a bunch of new, sparkling recruits would look stepping onto their campus in the future. But the grind of everything involved with putting together a great recruiting class is tough. Dragging down a big box of heavy, tangles lights isn’t what I want to do following a great Thanksgiving holiday, just like many coaches don’t relish the idea of doing everything necessary for a consistently good recruiting class.

But if they just made a few simple organizational changes, and maybe a tweak or two when it comes to their attitude as they’re facing their ongoing recruiting tasks, the results can totally change the direction of a program. Like the difference between a house lit up with holiday lights, compared to the one that isn’t. 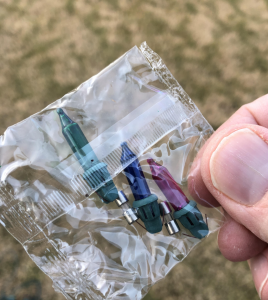 You know that little package of mystery bulbs that always comes with a new set of lights? They’re the Christmas light equivalent of laboring over your next Snapchat creating, or what font looks best on the special New Years postcard you’re getting ready to send to recruits.

I don’t bother making the lights twinkle because it involves ripping your thumb apart trying to wire in the little replacement bulb. And then there’s the replacement fuses (those little silver things in the picture that look like miniature nuclear reactor cores)…I’m supposed to figure out how to open up the electrical plug and use my giant thumbs to change out those little things? Forget it.

Same should go for you, Coach. Unless you have a full compliment of interns, grad assistants, or some kind of super-human Director of Operations, don’t spend too much time on the creative part of your recruiting game. Be original and showcase your personality, absolutely. But that shouldn’t be the defining aspect of your recruiting message. In all my years of conducting focus group surveys for our clients or during our recruiting training workshops, I’ve never heard a kid say, “you know what?…the fact that their postcards looked so much better than all the other colleges who were recruiting me was the deciding factor. That’s why I came here.”

Focus more of your time on message consistency, and writing it in a more conversational tone. That will have far more payoff in the long run (and you also don’t have to worry about not feeling the love for all the hard work on those Snaps or postcard fonts). 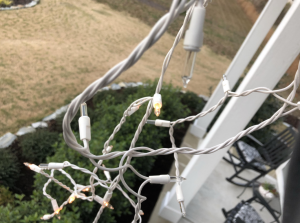 If something isn’t working, ditch it.

Experiment with your most effective recruiting messaging. There is something to be said for a “Ready, Fire, Aim” approach – especially if you’re a new coach taking over a new program, and searching for the ‘right’ message. Or the ‘perfect’ message.

It’s the recruiting equivalent to spending time trying to repair the strand that has half the lights not working (like I mine, which I discovered only after I had climbed eight feet up the ladder and risked my life getting them plugged in).

You have too much going on in your coaching life to labor over something that isn’t working. Ditch it. I’m not the homeowner who is going to check every single stupid bulb to try and find the one that’s causing the problem; instead, I’m going to run down to the hardware store to buy a replacement set of bulbs for $10.

Your time is too valuable, Coach, Search for efficiency and predictability in your recruiting efforts, and be very careful not to ignore the core work you need to do as a coach who has their career success largely dependent on how well you convince teenagers to say yes to you, and not one of your competitors. Search for the stuff that works, and actively search for the things that deserve to be trimmed from your weekly recruiting routine.

Me? The lights are up. It looks pretty good, if you ask me. Not perfect, but the imperfections won’t be noticed by the average person walking by…they’ll see the big picture of an above average Christmas light display. The same principal will hold true for you in your recruiting.

What do you need to stop spending time on, or eliminate altogether, when it comes to your program’s recruiting, Coach.