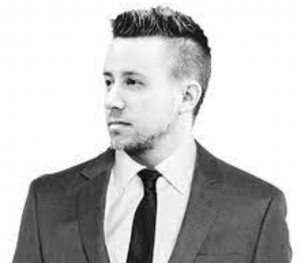 A basic example of I/O coaching is by dictating the tempo of a practice. If a coach pushes their team to elevate their level of physical conditioning, an output may be exactly that – elevated physical conditioning. Without a macro perspective on training, however, a coach will teeter on how much is too much and what’s not enough. Likewise, a simple input (like calling a recruit) has a simple output (another connection made).

Every day, we make conscious decisions to gain outputs that will make us better, more effective, and more successful.

Sometimes, we work backward from the end-goal in mind. But additionally, we can surmise that inaction for any reason will hinder and may obstruct your end goals. Depending on what the end-goals are.

If we can presume that a lack of input in any given area will normally not create a positive output, then it’s reasonable to state that whatever you’re not doing is leaving areas of your program up to chance.

If you’re not practice-planning well, you can expect a bad output.

If you’re not communicating with recruits, you can expect a bad output.

If you’re not intentionally building culture, you can expect a bad output.

The most important thing you’re not doing is spending time assessing your brand.

Sometimes it’s easy to notice the things in your program that are slipping.

I propose that the thing you most often don’t know is eroding until it’s too late is your program as a brand. Your brand is how people identify you. Jeff Bezos has often said, “Your brand is what other people say about you when you’re not in the room”.

What do they say?

It’s your responsibility to tell the world who you are and why your program is special. Otherwise, you risk letting the following people tell your story for you.

If you don’t control the messaging, others will.

How do you control the narrative?

If I were conducting a brand audit for your program, one of my first tasks would be to ask your stakeholders the perception of your team. With near certainty, we’ll collect differing responses from current athletes than we would your alumni. And likewise, differing responses from your biggest donor compared to the cleaning crew inside your facility.

Understanding that one segment of your community may see you in a completely different light than another, we need to adjust our approach. Like any game, meet, or competition, you need a plan. And you wouldn’t just roll out a generic plan that all of your athletes vaguely fit into; no, you tailor your gameplan to each player’s strengths.

This is the same thing.

I’ll be talking about this more in future weeks, but the days of a singular unified brand are over. People, programs, and universities that want to stand out must be variable in their voice and personalized in their approach.

For now, let’s talk about three quick-fix action items for controlling your program’s brand that you can accomplish in the next 60 minutes:

Build a list. Make notes on your stakeholders because this is valuable information that can be leveraged later. Find specifics, but ballpark it if you have to.

This is a quick list, but you might also include anyone whose perspective on your program you can influence. Don’t be afraid to list opposing coaches, officials, or fans.

How do you talk to them? The next step is to determine how you communicate with each group. Some of these groups can be merged at points.

For example, committed recruits and prospective recruits are similar in type. They’re roughly the same age and have the same goal, but one group is further in the process. At Palm Beach Atlantic, we would shift our commits to an information track that was designed to get them ready for college at the one year point from move-in. The information you share and how you do it matters.

The goal here isn’t to sugar-coat what you’re doing or appear more “put together” than you actually are. Honest, raw assessments will always be beneficial in the long run.

Identify growth areas. Now that you know who you’re talking to and how you talk to them, let’s plan how to implement a forward-moving strategy.

It can be as simple or tailored as you need it to be. Looping parents, donors, and alumni in one monthly update email is better than nothing for all three groups. What might be best, though, is a regular 15-minute call to your top donors, an email thread with your parents, and a LinkedIn group for your alums.

Likewise, writing a handwritten note to an oft-forgotten university employee is simple. Setting a weekly reminder and following through builds your brand.

None of this has to be magnificent, but you need to have a plan. Brand-building is the most important thing you’re not doing and it can change the trajectory of your program.

Jayson Schmidt, a former college head coach and managing partner of Preseason, a creative agency that helps colleges win. Need a hand? Shoot me an email at jayson@hellopreseason.com and I’ll share our overview for coaches that can help with your brand analysis.

Struggling with your brand or just simply want an edge on the competition? Preseason can elevate your story and deliver it to recruits, fans, and donors without breaking your budget. Click here for details.

Previous Post: « Simplify Recruiting With This Process Map
Next Post: Do You Know What They’re Really Thinking? »