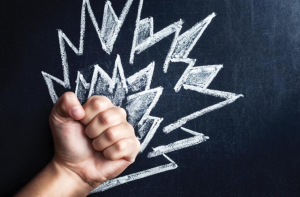 Dr. Dacher Keltner is a researcher that studies the science of emotions.

His latest book, The Power Paradox, centers around how individuals acquire power, and how they can influence those around them.

Since one of the primary jobs of a college recruiter is to be viewed as a trusted power by his or her recruits, and help influence their decision to come to their program, his work should interest you. In fact, if you’re a coach looking for an area of a recruit’s decision making process to study and understand more completely as you contact your next class or prospects, this would be a smart area to focus upon.

Here’s a quote of his that I think can have a profound impact on how you approach recruiting your next class:

“People usually gain power through traits and actions that advance the interests of others – such as empathy, openness, collaboration, fairness and sharing. But when they start to experience that power, or gain a measure of influence, those qualities usually begin to fade.”

Keltner explained in a separate interview that someone can acquire power and influence by stirring and inspiring others towards something that can be viewed as a big goal. But once that same person begins to feel that power that they acquire, something happens: They become less empathetic, less inspiring, and more inwardly focused on their own goals and desires.

For many college coaches, this is where they begin to hurt themselves in recruiting.

So many times, when we analyze what a new client may be doing incorrectly in their approach to recruiting, I find Keltner’s observations taking hold in two different aspects of a coach’s recruiting process:

In each case, the process outlined by Keltner plays out: The power and respect comes from treating people the right way, being attentive and focused on their needs, and then once they acquire that power, they begin to ignore the interests of others and turn their attention inwardly towards their own priorities.

So, if one of the two scenarios I just outlined may have hit a little too close to home, let me give you some advice to follow as we start a new recruiting year (if you want to connect with this generation of recruits, that is):

Don’t stop recruiting. You hear me talk a lot about telling an effective story as a way to get a recruit to connect with you. That shouldn’t end once you get their commitment. For this next class, let me suggest that you continue to tell your story to your committed recruits – basically, continue to “sell” them on why they made a good decision to choose you and your program. Remind them of what you have waiting for them, and what they should be looking forward to once they arrive on campus. You’ve earned their respect and now have a good degree of power to continue to positively influence them. Don’t waste it.

Take a fresh look at your perspective. What has changed since you first took over your program two years ago? Eight months ago? Ten years ago? Many of your competitors have slipped into complacency, and it’s costing them dearly. In what ways are you no longer approaching the task of recruiting with as much energy and passion as you once did?

How are you inspiring? So much of the recruiting equation revolves around distributing facts, and managing the decision-making process. But if it’s true that this generation is one that is seeking out inspiration, how are you giving them that? More importantly, how are you doing it differently than the other college programs they are hearing from? It’s wise to answer those two questions honestly as you prepare to contact your next class.

Power in the recruiting process isn’t about bullying your recruiting into a decision, nor should it be centered around ‘tricking’ your prospect into believing you. We all look for someone to give power to, if you think about it – including your recruits. Re-read the quote for the key aspects of how to do that:

“People usually gain power through traits and actions that advance the interests of others – such as empathy, openness, collaboration, fairness and sharing.”

Are you doing that, Coach?

Did you know we work with college coaches on a client basis? When we do, we help them create a customized, research-based approach for their recruiting message. The results are exciting, and it’s usually a lot less expensive than coaches expect. Would you like to talk us about how we can help your program? Email Dan Tudor directly at dan@dantudor.com so we can explain how the process works.