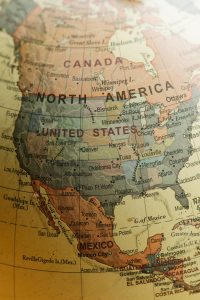 Recruiting is only getting harder and harder.

There are less kids going to college. And more options are out there for high school athletes other than just going right to playing college sports.

Sometimes strictly recruiting in your region just won’t cut it.

But, recruiting out of your region comes with challenges.

There are going to be a solid chunk of prospects that just will not be willing to go to school far from home.

The further out of your region you get, there is also less familiarity with your school and your program amongst prospects. This might actually work out in favor of some schools that don’t have a great local reputation. But regardless, it does mean that you’ll really have to share a lot about your school since prospects won’t have much prior knowledge.

Even with these challenges, it is important for college coaches to get better at recruiting outside of their region. It might be out of your comfort zone. But, we all know that good things don’t come easy.

Here are a couple of tips for how to be more successful recruiting out of your region:

1) Emphasize and embrace being the different option

So much of recruiting is about standing out. When you start to recruit out of region, one of the best ways to stand out is to embrace the fact that you are not the local college.

Use this inherent difference as a selling point for you.

If you’re a school in Florida recruiting up in Minnesota or Wisconsin, absolutely sell the sunshine and warm weather. If that recruit is looking at three or four other schools in-state, you’ll definitely have that advantage over them.

If you’re a school in New England recruiting out of California, sell the opportunity for them to experience the east coast and to see the four seasons. If they are looking at three other California schools, you’ll immediately stand out.

Now, not every kid is looking for that kind of different. There are still going to be objections you have to deal with. And like I said before, there are going to be some recruits that just simply do not want to go that far from home. But, for the ones that are intrigued by a different option, embrace it and use it to sell them on your experience.

When recruiting out of region, you want to figure out early on if the recruit would even consider a school in your area.

Distance from home is a very hard objection to overcome. What I would hate to happen is you spend months or even years recruiting an athlete that just really can’t get over how far your school is from their home.

Ask the prospect a question like this in one of your first conversations:

“Sarah, what excites you about the idea of going to school here, on the other side of the country?”

And you can ask a similar question to mom and dad:

“What do you feel are some of the benefits of Sarah potentially spending her college years in our area, on the other side of the country?”

See what they say. But, almost more importantly, listen to HOW they say what they say. If there is some hesitancy and worry in their voice as they give a response, I would say that is a red flag to note.

Now, part of your job as the recruiter is to explain to them why they should want to go to your school. And location is part of that. But again, distance from home can be hard to overcome. And so even if they like you, you have their major, and they fit in with your team, if the recruit or some of their influencers like mom and dad are so concerned about distance from home, you may lose that prospect.

Don’t be afraid to move on from a prospect, even if you really like them, if it seems like they are having a hard time imagining themselves going to school far from home. I would rather you spend your time on a serious prospect.

Need help expanding your recruiting footprint? Dan Christensen and the team at TCS can help you craft your message to these recruits and nail down a winning recruiting strategy. For questions about this, email Dan at danchristensen@dantudor.com.

Previous Post: « 2 Pro Tips for How to Avoid Wasting Hours on Social Media
Next Post: How-To: Email Marketing to Your Donors, Alums, and Parents »