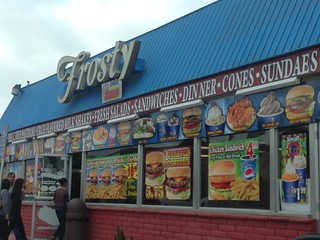 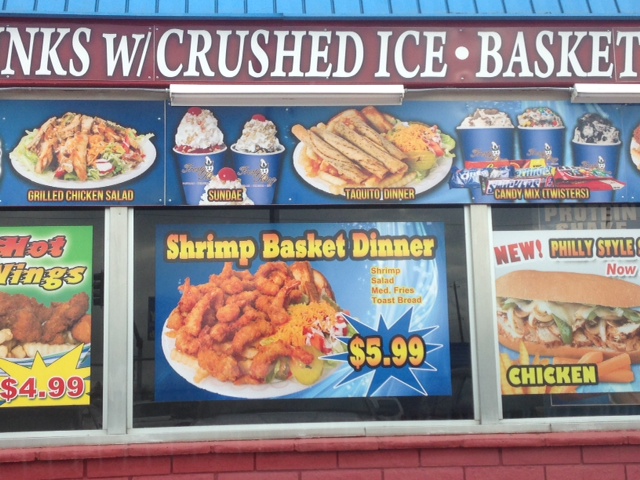 It hurts your eyes, doesn’t it?

It’s a visual overload.  This fast food restaurant I drove past recently doesn’t know when to say when, when it comes to their menu.

They’ve used every available square inch of their available frontage to show nearly everything on their menu.  From Philly Cheesesteak, to the Shrimp Basket Dinner, to Drinks with Crushed Ice, to Cones, to Burgers…it’s an avalanche of fried food mayhem.

Unfortunately, it resembles the approach that many college coaches take with their messages out to recruits, especially the messages at the start of the recruiting process.  I’ve reviewed letters that cover everything from the number of majors their school offers, to the acreage of the campus, to the conference they play in (and that’s just in the first two paragraphs).  I’ve reviewed emails from coaches that bounce from subject to subject without any kind of connection.  I’ve listened in on phone calls that cover every topic under the sun on the first conversation.

In short, it looks quite a bit like this fast food message: A frantic, unfocused plea to like something about what’s being offered, even though it’s difficult to understand exactly what the specialty of that particular restaurant might be (other than frying stuff).

We’ve covered this topic before, of course.  But let me give you some added ideas on what your prospects want from your initial messages – and how to make sure it comes across both loudly, and clearly:

You’ll notice in the picture of the restaurant above that some people are still going in to eat, despite the signage outside.  It’s on a busy corner, so it’s almost impossible not to get people coming in to eat just by virtue of where it’s located.  And, those people wandering in will probably leave feeling full. (Maybe even a little bloated).

You’re probably always going to be able to fill-out a roster and field a team.  But without a clear message to your recruits, it’s going to be nearly impossible to bring in the difference makers that most college coaches crave.

Looking for help with developing a clearer, more focused messages to your recruits? Dan Tudor and the staff at Tudor Collegiate Strategies works with college coaches and their programs around the country on a personalized basis.  To discuss your situation and how the program would work with you, email Dan Tudor directly at dan@dantudor.com.