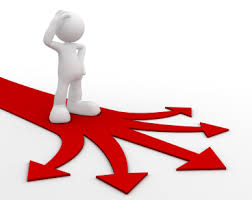 It’s the term we use when someone over-analyzes a question, situation or choice so long that he or she is “paralyzed” with the inability to decide what to do.  As a coach, you’ve had moments of analysis paralysis, right?

So do your prospects.

Especially as the recruiting process enters the final stages.  The fun of being pursued is over, and now it’s decision time.  And making a final choice is tough for many prospects.  Heck, it may happen way before the end of the process…some prospects freeze in the face of the decision of where to take a campus visit, or even which phone call to return.  “Analysis paralysis” is at the root of a lot of the recruiting hurdles college coaches face when it comes to getting their recruits to get to the next step in the recruiting process.

If you want a more detailed, psychological study explaining the reasons behind the very real phenomenon that is analysis paralysis, click here.  But if you’re ready to jump into a strategy that will provide you with a good opportunity to help your prospect (and their parents) overcome paralysis analysis, let’s get started.

First, understand that the fear of moving forward is going to be commonplace for most of your prospects.  While you’ve been through the recruiting process multiple times, your prospect and his or her family are trying to maneuver through unfamiliar territory for the first time.  And the easiest thing to do when they reach that fork in the road in the process (“what campus should I visit?”…”which coach do I like the best?”…”who is giving me the best offer?”) is do nothing.  You should expect it, and plan for it.

Secondly, understand that you – and only you – can take control and help manage the process and lead your prospect out of the morass of inaction, and begin moving towards a decision.

Thirdly, regarding their decision: It could be “no”.  And as I’ve talked about before, hearing that answer earlier rather than later in the recruiting process is always preferred.  One of the things I often mention to coaches while getting the opportunity to train them during one of our On-Campus Workshops is that I take a “real world” approach to the recruiting process, and the philosophies that should guide it.  That includes taking a realistic approach towards understanding exactly where you stand in the eyes of a recruit, and doing so as early as possible.  Getting a “no” early and having months (rather than days) to pivot and adjust your recruiting strategy effectively, based on the scenarios I’ve seen play out recently in our work with our clients.

So, assuming you’re agreeing with my observations so far, let me offer you a few ways we’ve seen work well in moving your recruit out of “analysis paralysis” and back onto the road towards making a decision (hopefully one that is favorable to you and your program):

The analysis paralysis phenomenon is real.  It happens when we look at real estate, it happens when we consider buying a car (which is why the salesman tries so desperately to get you into that little room inside the dealership…if they don’t, they know you’ll stay “paralyzed” out in the parking lot) and it happens with your recruits and their parents during the recruiting process.

You have some power to change their thinking, Coach.  Don’t waste it!

Previous Post: « How to Stay Focused and Be 50% More Productive Immediately
Next Post: Building Traditions: What Is Your Selling Point? »