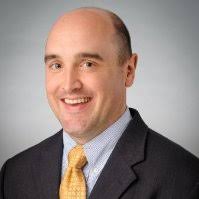 A few months ago, I shared a perspective –  here – on the two core components of recruiting, identification and persuasion.  Because it’s so important – especially with current limitations of spring and summer evaluation periods, I felt the need to expand on it.

I argued that of the two parts – identification and persuasion – it’s persuasion that actually separates the best recruiters.  Many people have an eye for talent – or at least have an appreciation for the SAME talent.   Considerably fewer have the ability to persuade the right individuals to join their program.

I’ve been in a lot of recruiting meetings over the last 20 years.  And to be honest, I’m a little disappointed so many of them have been about perfecting a rank-order list rather than identifying better ways to capture recruits’ hearts or how to tell a better story.

Did we need to spend so much time on who was #3 and who should be #4, when #10 would also help make us better?   From what I’ve learned through experience – Probably Not!

This summer – without the benefit of a second, third, or fourth look at a prospect – coaches won’t have all the information to drive that ranking debate, but they will still have the responsibility to recruit players to join their team.

For many of them, it will fundamentally change how they see recruiting.

If you’ve spoken with anyone outside the profession, it’s fair to say the perception exists that recruiting is just the evaluation and selection of talent.   Even parents and prospects actively involved in the process freely refer to the coaches lining fields and courts, fully attired in logo’d athletic wear, as scouts.

It’s partly our fault.  In the coaching community we’ve glorified the time on the road to identify the next great athlete and minimized the skills required to get those athletes to actually choose our schools.    Too many coaches – particularly young coaches – pride themselves in having an “eye” for talent, while too few practice and develop their approach to communication and a consistent recruiting plan.   We’ve celebrate the visible fun part over the work.

Yes, identification is an important skill. The spring draft season of professional leagues across the country reminds us of the value of evaluators and talent scouts – and that identification DOES matter.   The teams with the most talent actually do win the most.  The ability to maximize program resources to get better players into your pool is a real advantage.

But the most successful recruiters often rely on a different set of skills.   They’ve shown an ability to persuade prospects to choose their school – often when others think they shouldn’t.   They tell a story that connects emotionally.   They guide prospects through the process  – on their terms and on their timeline.

They’re so valuable because college athletic teams don’t draft their players, they recruit them.  And college coaches are more than scouts.  Each program – with built in advantages and disadvantages – has access to the same player pool.   No matter how well you spot talent, the job of a college coach will always be graded on the players they persuade to attend their school and compete for their program.

The real secret of great recruiters has not been the ability to find players, but the ability to tell a persuasive story.  A persuasive story is a comprehensive one that connects emotionally with a prospect’s ideal vision of the college athletic experience.   It must be a performance story, a cultural/experience story, an outcomes story, and an aspirational story all-in-one.   It re-enforces who you are, what you value, and who you hope to be.   It takes a prospect on a journey from why they want to be a part of your program – to – what it feels like to be in it – to – what they’ll take away once they leave.

I recognize identification’s role in the process, but persuasive recruiters make the biggest difference in your success.  They convince players who could compete at a higher level to choose their program instead.  They control the narrative and tell prospects how they should think about their program.

As a coach, I’m fortunate to have had the opportunity to coach 2 National Players of the Year, recruit multiple All-Americans, and identify future members of their national teams before they were stars.   Full disclosure, I don’t think I “found” any of them, but I was able to get them to come to my school.

Now, working with our group at Tudor Collegiate Strategies, I have the opportunity to speak with coaches on a daily basis and identify themes around problems coaches face.   Rarely is the challenge identifying the best players.   It’s always about finding new ways to get those players to be more active in the process, be more open to the coaches’ opportunity, and to lead them toward making the decision to choose them.

Engaged in these conversations, it becomes very clear that when you become better at persuasion, you consistently get better recruits.

So, embrace persuasion as a core skill – tell a comprehensive story about why they should choose you and why you are better than their other options.  Deliver it consistently and in a variety of forms.

And make sure you ask them to come.   That’s important too!

Be Distinct.  Be Different.

Paul Nemetz-Carlson is a former Division I coach and Director of Operations, now serving coaches throughout the Northeast as a consultant and recruiting advisor for Tudor Collegiate Strategies’ clients and coaches. Email Coach Nemetz-Carlson at pnc@dantudor.com.