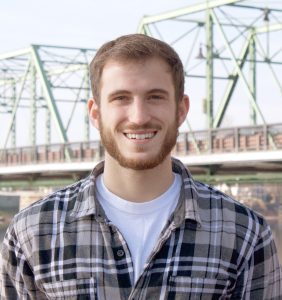 A little while back my co-worker Chris wrote an article on this blog taking a look at all of the wearable technology we have available these days (link here). It is rather incredible to reflect on how many different options we have as athletes and consumers. From GPS tracking to heart rate monitors to messaging to entertainment, the possible fields that wearable tech can cover seems endless. When wearable tech first started rolling out I was a little skeptical. To me, it did not seem practical to constantly have something attached to you during training or simply everyday activities. Man oh, man was I wrong. Wearable tech has exploded in recent years, and this trend does not seem to be slowing down. As mentioned earlier, my co-worker Chris has already covered several wearable technologies. Here, however, I will be diving into a product that deserves much credit for this wearable uprising. Fitbit is one of the first fitness wearable technologies, and their story deserves to be told.

Fitbit, like most other tech start-up companies, is based out of San Francisco, California. The company was founded back on May 1, 2007, by James Park and Eric Friedman. In the mid 2000’s Eric and James began to notice how good sensors and wireless technology were progressing. The tech was reaching a point where the data retrieved by them could be exploited in countless ways. Eric and James realized that they could bring this technology to fitness and change the way people evaluated their movement. They decided to design a product that could seamlessly fit into someone’s life to help improve their health and fitness goals. The Fitbit was born. The first version of this product was released in 2009. This version could be attached to your shirt or pants and monitored very basic activity movement. They sold around 25,000 units. Once 2011 came around Fitbit released a new version that now included an altimeter, digital clock, and stopwatch. To continue the progress Fitbit went ahead and released two more models in 2012. The consistency of model upgrades is what separated Fitbit apart from many other wearable tech products and really kept them ahead of the curve. By the time 2013 hit, Fitbit released their first wristband model. The wristband model is what most people think of when they picture a Fitbit. This seemed to be the most appealing to users and is why Fitbit has further pursued that type of model. In 2015 Fitbit announced its IPO as $4.1 billion! They were the number one wearable tech product and had sold over 18 million units in one year. Last year Fitbit put out four new models; the Blaze, Alta, Charge 2 and the Flex 2. They continue to stay on top of the wearable market outperforming other industry leaders such as Apple, Xiaomi, and Garmin.

Currently, Fitbit is still producing new models and continues to wow its customers with new features. The latest Fitbit supports features such as Bluetooth connection to smartphones, step and distance tracking, floors climbed, calories burned, and sleep patterns. Some of the most recent models also support text messaging and phone calls. All of this data is accessible through the Fitbit app. Simply sign up, log in, and take a look at the calories you burn per day or perhaps how many steps you have taken. What you then do with that data is entirely up to you. The possibilities are endless. This allows users to improve their daily activity and live a healthier life one step at a time. The great thing about Fitbit is that it has utilities that can be very useful for the elite athlete and everyday person alike.

Coaches, ask around to see if your players own Fitbits or any other type of wearable tech. Challenge them to improve their fitness being tracked each day and perhaps look into getting one for yourself. We live in a data-driven society and products such as Fitbit can only help improve your active life by taking advantage of that data.

Previous Post: « 8 Ways You Can Evaluate Your Recruiting Phone Calls
Next Post: Your Success Could Be Determined By What You Stop »