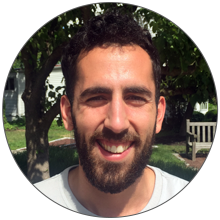 I remember a cool fall day sometime around 10 years ago. My high school coach handed me a watch about the size of a hockey puck and told me to put it on for my training run. “It’s a GPS watch”, he said, “It will let you know exactly how fast you are running the entire time.” I had heard of GPS watches, but had never tried one out. The idea seemed silly and a little ridiculous. Why did we need this information when we never had before? Did our coach not trust we were running fast enough, far enough?

Now having spent years on the other side of the tracks in the coaching world, the answer is a lot clearer than it was to my 16-year-old self. The more you know, the better you can predict performance and plan workouts.

GPS watches are just one example of the rising tide of wearable technology tied to athletics. From heart rate monitors to devices that can measure blood lactate, there is an amazing amount of technology that can better help coaches condition their athletes and predict performance.

GPS watches have gone from being a novelty in the running world to a staple. Before any group run, you will now see half the group wandering in a circle holding one arm up, hoping that extra foot is all that is needed to connect to the satellites. These watches track distance, current pace, average pace, and numerous other features depending on how complex (read: expensive) of a watch you’re looking to invest in. The feedback is instant and available with just a glance at your wrist.

For longer, evenly paced runs, GPS watches can provide invaluable feedback. With occasional exceptions, a consistent or gradually increasing pace is one that will provide the most benefits from a training run. Start off too fast and you’ll be running on fumes at the end, digging yourself into a hole for the next hard effort on the schedule. Start off too slow, and you might be missing some benefits of that particular effort.

For the coach, this data is a gold mine. Being able to see exactly how your athletes handle a set pace can give great insights into where their fitness lies. The best thing about the data that a GPS watch can provide is that it will not just tell you the average pace for the run, but a breakdown by kilometer or by mile. Did your athletes speed up as the run progressed or were they slowing down? If they’re struggling to hold pace, they may be starting too fast, not fully recovered from a past session, or not ready for the level they’re asked to be training at.

Heart rate training was all the craze in the 90’s, taking the endurance world by storm alongside homemade sleeveless shirts and Walkmen. The general idea behind heart rate training is that specific heart rates can be tied to specific training zones. Our base of knowledge behind training theory has progressed however, complicating a once pleasantly simple theory.

The limitations to heart rate training are twofold: (1) heart rate can be influenced by factors outside of exercise intensity and (2) heart rate does not always directly reflect intensity. Studies have shown that heart rate during competition is often 10+ beats per minute higher than with the same intensity outside of competition. This is due to the adrenaline and additional stimulation that comes with competition. Keep in mind competition is only the setting that was studied. Plenty of outside factors can artificially stimulate heart rate, such as school related stress, a locker room argument, or seeing that cute guy on the team crushing an interval across the track. Furthermore, some athletes will report varying levels of effort at the same heart rate. Efficiency can and will widely between individuals.

Despite this, there is still some very valuable data that can be gleaned from heart rate training. Primarily, heart rate training can tell you when something is wrong. As long as a coach is familiar with an athlete’s normal heart rate for certain efforts, abnormalities can be detected almost immediately. If an athlete is lagging off a normal pace and her heart rate is through the roof, it might be time to scale back on the intensity. Odds are, this is the first sign of overtraining or some new stresses in the athlete’s life that are creeping into practice.

Blood lactate level is essentially the new heart rate training. Although lactic acid has been misunderstood in the past, the consensus remains that as the level of lactate in the blood increases, we fatigue and slow down. Lactic acid, along with other acidic by-products, are the result of anaerobic exercise. The better we can clear out and use these waste products, the further back we can push fatigue. The only problem is, unlike the simplicity of tracking heart rate, measuring blood lactate generally requires pricking an athlete’s finger repeatedly and running tests on their blood, all while they are exercising at a very high intensity.

A very new device is changing all of this. BSX Athletics has developed a device that is no larger than an iPod shuffle and can measure blood lactate in a completely non-invasive manner.  The device works through shining near-infrared light into the muscle and analyzing oxygen delivery in the muscle. Although it is still in its early stages of development, the accuracy has been reported to be within 90-97% of direct blood testing. However, with a $300 price tag, it may be some time before the portable blood lactate monitor becomes a mainstay among college athletic departments.

Power output is the gold standard for cyclists, but still has yet to full transfer over to the rest of the sporting world. This is largely due to the fact there has yet to be a fool-proof way of measuring it. Power is an absolutely objective measure of how hard an athlete is running, regardless of conditions, terrain, or incline. While heart rate and blood lactate measure fatigue internal to the athlete, power output is all-inclusive. The wattage an athlete is producing exists independently of an athlete’s heart rate and blood lactate and the external environment. It is a completely objective measure of power and exertion.

A start-up known as Athlete Architect is working on a device that measures power output by measuring changes in speed versus an athlete’s given body weight. The device has not been perfected, however, and is still reporting roughly a 10% margin of error. Once this margin of error is narrowed down, we may be seeing a revolution in the way we can design and measure our training intensities. Soon, we may be shooting for a specific wattage, rather than a pace or heart rate.

What about my Fitbit and Apple Watch?

The Fitbit and Apple Watch are designed for general fitness and not the competitive athlete. Measuring steps outside of practice, calorie intake, and weight, can do far more harm than good for an athlete who is already pushing their body to the limit on a daily basis. Athletes are competitive and often obsessive, and the ability to measure and track exercise outside of practice is something that should be actively discouraged. When practice ends, recovery begins.

One great silver lining of the Fitbit, however, is the sleep tracker. During sleep, the body recovers and produces the HGH needed to rebuild muscles from intense exercise. Despite this, the life of a student athlete is far from ideal for getting the required 8-9 hours needed for top performance. Encouraging athletes to track their sleep patterns and be aware of not getting enough could be the key to staying healthy and performing at the top level when it counts.

Technology should not be ever present when training. If you’re going out the door for a comfortable, relaxed effort with the main goal being recovery, leave the GPS watch at home. Athletes are competitive by nature. Being reminded of pace or effort on recovery days will only get in the way of staying relaxed enough to recover for future, key efforts.
Also, at a certain point in the season, some hard efforts can and should be done watch-less and without constant, external feedback. During competition, athletes need to be able to rely solely on internal feedback. Removing external feedback from the workout will force athletes to key in on an effort level, rather than a set pace, heart rate, or even power output. Come race or game day, this will leave them well prepared and able to respond to their own bodies. Finally, there is a time and place to just cut loose and go hard. I’ll leave you with this video showing dozens of Kenyan athletes trying to keep up with one of the best marathoners in the world: https://www.youtube.com/watch?v=shsKtA9yMukf

Previous Post: « How to Make the Most of All Those New Prospect Names
Next Post: What May Be Delaying Your Prospect’s Decision »