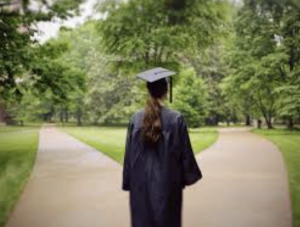 Although this crisis was unique in many ways, as a coach, you’ll face many crises over the rest of your career. The lessons you learn from this one will help you be better prepared for whatever lies ahead. Here are two lessons that were important before this pandemic but have been strongly reinforced since the outbreak began:

Every coach had some level of stress and panic during this crisis. But, for some coaches, they were able to navigate the difficulties really well. How?

They had a plan!

These coaches had a plan to communicate with recruits consistently throughout the year. And so, when the crisis struck and many coaches scrambled, these other coaches continued to follow through with their plan and had really fruitful conversations with their prospects.

There are coaches that have been doing FaceTime video tours with recruits for years now as a way to provide an on-campus experience for athletes that live far away. They had a plan for when recruits could not come on campus and so when all recruits couldn’t come on campus, they didn’t miss a beat!

Take time to plan so that next time a crisis hits, whether big or small, you are ready to move forward with confidence!

2) It is better to be first than last

One of the early trends during the pandemic was athletes committing quicker than usual. Who benefited from this?

The coaches that had been communicating with recruits first!

Every division has different rules but if you are waiting to start a recruiting class much later than you are allowed to do so, you won’t be prepared for a similar situation.

For recruits, when it comes to decision time, they will often side with the coach that recruited them first. If you are coming in as the seventh or eighth coach to recruit an athlete, you are now in the mix of coaches that came in late and you’ve got ground to make up.

The lesson here is to have a plan to recruit early. If you can walk a recruit through your process before other coaches come into the picture, the prospect might not want to bother considering other programs. And when a crisis strikes, they’ll be more loyal to whoever came first and has shown interest for a longer period of time!