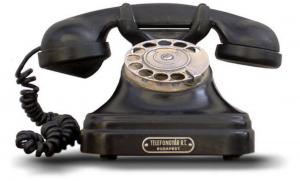 When you finally get that prospect to respond to your text or email after the second, third, or tenth try, most coaches will then try to get that recruit on the phone. That doesn’t have to be the next step but if that is your choice, that is totally fair. In fact, having a conversation on the phone helps let the recruit know this recruiting relationship is real. Hearing your voice now puts a real voice in their head when they read your future texts, emails, and letters.

But proceed carefully. This first call is important. You need to make sure you sell, sell, sell, push them to visit campus, and extend that call to last at least half an hour, right? No! At least not if you want them to like you and answer your future calls.

Instead, try these two simple tips for having a productive first call:

With this generation of prospects, most are not interested in long phone calls. They live in a world of quick, non-verbal communication. If this first call lasts too long, they are going to dread future calls because they will expect it to take just as long as the first one.

Instead keep it brief. Maybe even only two or three minutes. Introduce yourself, tell them what you like about them, and then follow number two.

2) Tell them what to expect or do next

This could be a range of things:

If you end the conversation without a next step, they might leave the call confused and uncertain as to whether or not you like them and want to keep recruiting them. Keeping the call short and outlining the near future will make for a more positive call that leads to future engagement.

Previous Post: « Do You Know These 5 Things About Your Admits?
Next Post: Is a 40-Hour Work Week for Coaches Possible? »