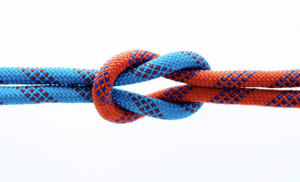 I’m a lot of things.  I am not a social media giant.

But a tweet I posted a couple weeks ago got more than 10,000 impressions.  That led me to think maybe it was worthy of a deeper conversation.  The tweet was in response to the demise of fall sports and the need for coaches, especially fall coaches, to be aware of the necessity to get their incoming freshmen connected with their team AND their school quickly.  Failure to do so increases the likelihood of their deciding to leave campus.

Even in a good year there’s the risk of losing freshmen due to homesickness, worry of cost, concern about being over their head athletically and academically, not making friends, boyfriends, girlfriends.   The list is endless.  And this is far from being a good year so all those concerns are magnified.  A recent study conducted by Tudor Collegiate Strategies of more than 2,300 current athletes and nearly 900 2020 recruits (June, 2020) found that more than 6 of 10 recruits are worried as they enter college this fall.  On top of that, one in five reported increased battles with anxiety and depression.  That’s 20 percent.

While the footnote here is that if you are not yet up close and personal with your health center and their counseling services that should be a summer project.  Having a small toolbox of talking skills and knowing what to do when an athlete is in a bad place is not only good practice it’s an obligation.

When I decided to write something on freshmen athlete engagement I did what Tudor Collegiate Strategies does better than anyone else in our business.  I did some research.  I reached out to several client coaches to talk about this topic and see if they were thinking about this as a concern or business as usual.  What emerged was a consensus that safeguarding the 2020 recruiting class was a high priority, especially under the current circumstances.

It’s clear at this point that college in the fall is going to be different from campus to campus.  If you are a school that is going to be virtual in the fall you need to be diligent and creative.  Our research tells us that choosing a college is an emotional relationship driven process.  Absent the opportunity to have your frosh on campus, sustaining those relationships will take extra effort.  The SAME effort you put in to get them to choose your school.  That said, don’t abandon the zoom meetings, the phone calls, the silly social media postings.  All that stuff that made them choose you in the first place. Show your personality, let the character of your team shine through.   You want them to be even more committed to you, your team, your athletes.  You want to them to miss you and your team.  You need to connect with them and communicate with them.  They still need to hear that you have a plan for them, what that plan is and this is the first step in that plan!

But what does team bonding look like on a virtual campus? One suggestion from a coach tied this goal to another goal most teams gladly embrace.  This particular coach has an athlete whose father is battling ALS so she is having the team embark on a service project devoted to educating others on their campus (including other teams) about ALS and with the help of her team captains is building a virtual fundraising plan (say, a remote  Ice Bucket Challenge”).  The actual cause could be anything that resonates with your team or your campus and gives you a project.  Maybe you have “teams” within your team charged with various duties within the project and they report back regularly during team Zoom sessions on progress.

Another initiative that could potentially be tied to a service project (…or not…) suggested by a coach was having your team read the same book and building discussion and the importance of every voice, every day, in all ways, having a safe place to express itself.  In this particular case, the coach was using the current national discussion surrounding Black Lives Matter as an opportunity to educate, inform, and come together as a team.

Realizing the challenge of “getting to know” each other remotely, another coach had her  incoming athletes complete virtual Disc assessment.   After doing so, they collectively shared more about themselves, got to know each other and had fun describing their own idiosyncrasies.  This coach had used the assessment previously with her team (last fall) so not only did it engage her freshmen it provided insight into her players and how the new team members will compliment the returners.

Most colleges offer some version of a freshman experience class but rarely do they address the unique  needs of student athletes.  Another coach who responded to my inquiry was in the process of setting up Zoom sessions for his freshmen with each of the departments frosh athletes will be interacting with when they arrive on campus (academic support, health/wellness, residence life, student activities, library support, etc.)

Some common practices came through with each coach I spoke with as well.  Most common was the emphasis on academic meetings at the time the frosh lands on campus or conducted virtually.  Doing so establishes the importance of academic success as a priority and gives the coach and the athlete a common talking point away from the workings of the team.

In some cases, coaches used the academic conversation as the framework for setting up mentors (sophs) for the incoming athletes.  They paired the two by major so the soph could share insights not just from an academic perspective but also more globally including the inner workings of the team, what you’re like as a coach, life on campus and the do’s and don’ts for success.  This is the same strategy we suggest when you’re recruiting.  On your campus visits, let the prospect spend more than 60 percent of their visit with some of the freshman on your team so they can let your recruits hear first hand what a great place your campus is.

Another obvious practice that had consensus was connecting frosh with upperclassmen for informal play and conditioning (within NCAA compliance bylaws).  This is great because the sport is the common bond.  At the same time it is important to build those relationships so that they are multi-dimensional.

Before I joined the TCS team last year I was an athletic director at a Division III school for more than 18 years.  Each August I would have the usual conversations with students feeling like they wanted to go home as well as phone calls with parents expressing concern for their child’s adjustment to college.  Sometimes it was “He/She is not the same person who recruited my son/daughter last year.  What happened!”

In most cases, nothing happened.  They’re just hearing the music differently.  In other cases the coach is acting differently which points to the need to be genuine in your recruiting.  You can’t be everything to everyone so don’t try to be.   Doing so usually ends badly for everyone. Just be yourself during recruitment.  If that’s not good enough you’ve saved yourself from some problems for later on.

Your recruits are carrying the same burdens, frustrations, and insecurities as you this fall.  On top of that they are starting a wildly new chapter in their lives, maybe leaving home for the first time and worried about a myriad of things real or unreal.  Paying attention to those concerns and building bridges to you, your campus, and the rest of your team will put you in a good place not just with this recruiting class but future ones as well.

Greg Carroll may not be a social media guru, but he is a smart former college athletic director who now devotes his time to developing recruiting plans for college coaches he works with around the Northeastern U.S.  For more information on how our team of experts works with college coaching staffs, click here.