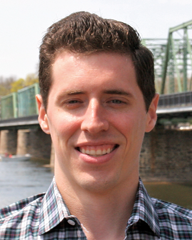 As athletes, we rely on instinctual decision making – our ability to make split-second judgments.  Should I pull up on a fast break or drive to the basket? Should I swing at this pitch? Where do I think this fly ball is going to land?

We’ve trained and sharpened these skills our whole lives, and have been rewarded for it.  Unfortunately, this type of reasoning can also lead us astray.  If we make all of our decisions based on our gut feelings or rules of thumb, we can fall victim to many cognitive biases.

Now I’m not telling you never to trust your gut, because most of our judgments and actions are sound most of the time, as is the confidence we place in our gut.

But not every single time.  We like to think that we’re rational beings, but we often exhibit these cognitive biases that prove otherwise.

This post will attempt to identify and explain how those cognitive biases affect recruiting and coaching experiences, with the aim being a more developed understanding of yourself, your staff, and your competitors.  Let’s get started.

Definition: The tendency to seek out information that reaffirms our own belief.

Think about the stud athletes who exhibit coachability problems.  He or she argues with teammates on the field, displays a lack of interest when the coach speaks and stands at the back of the huddle.   These all should be cues to take a deeper evaluation, but the minute you hear from someone that the athlete’s coachability isn’t as big of a deal as it seems and that his athletic ability outweighs it, you’re satisfied.  Because that is what you want to hear.

The coach that sticks to his playbook and always punts on 4th down instead of considering data showing that choice to be sub-optimal at times.

While it may help us feel more secure and better about ourselves, it doesn’t always lead to the best decisions.

Definition: The tendency to believe that you are less at risk of experiencing a negative event compared to others.

To continue with the example used in the confirmation bias, think about a time a ‘project’ didn’t pan out.  Otherwise known as a bust.  It happens all of the time, a player might be raw and needs to develop, or they fit the build of an exceptional athlete but just aren’t there yet.  By overestimating the benefits of recruiting that player and underestimating the costs, you may miss other recruiting or player development opportunities that provide a less risky alternative.

Definition: The tendency not to notice and more quickly forget things that contradict our prior beliefs.

When a coach or fan base complains that the referees only called fouls on their team or penalties against them.

Definition: The phenomenon whereby the rate of uptake of beliefs or ideas increases the more that they have already been adopted by others.

Think about a time when you went to a recruiting event and ended up looking at some players solely because everyone else was.  The player may be good, but you’re jumping because everyone else is, without evaluating the kid outside of the hype.  It can be especially costly when that time spent pulls you away from the athletes you came to the event to scout, backed by information prepared beforehand, aka the real purpose you’re there.

The same thing can be said about product fads.  Through the bandwagon effect, you may buy a product you see somewhere that advertises like “Priced at just $$$, our product comes with x,y,z bells and whistles, guaranteed to change the way you do live!”  Then a few months later you realize that while it’s cool and your friends bought into it, nothing has changed.

Definition: Drawing conclusions from the same information based on how it’s presented.

This happens a lot in email correspondences and wherever words can be twisted. Take, for instance, a recruit that tells you he’s the captain of his team and helped improve their winning percentage by 20%!  That sounds wonderful right? Now, what if they said something like “We had a better record this year, improving to 6 wins from last year’s 5.”  Doesn’t have the same effect. So remember to look closely at the information and try to peel back layers to find the real meaning.

Definition: A cost that has already been incurred and cannot be recovered.

In sports this can when you have a highly touted recruit that is turning into a bust. Just continuously batting .200, making mistakes they shouldn’t be making, the whole deal.  But you’ve invested so much into them, that you can’t let it go.  Rather than considering the future costs and benefits of allowing someone else to flourish in place of this person, we often just look at the resources already invested.

Definition: The tendency to mistakenly assess your ability as higher than it is.

Confucius said, “Real knowledge is to know the extent of one’s ignorance.”

This effect happens across the board where self-assessment is asked.  You’ll see a general overconfidence, whether it’s in how a recruit ranks themselves at a sport or how a coach ranks themselves at their job.  The moral of the story is to shy away from self-reporting assessments or to go about them with the right mindset and rely on them appropriately.

Definition: The tendency to assume the people you are communicating with have the same background as you.

Whenever you are in a teaching position, it is imperative to be able to communicate information at the level of those you are teaching.  It’s like trying to teach a 3rd grader Shakespeare or trying to whiteboard a complicated scheme in your playbook to a freshman player that hasn’t seen it before.  You’ll get the deer in the headlights look, a disconnection from the lecture entirely.

Definition: The tendency to erroneously consider the inevitable “streaks” arising in small samples to be non-random.

There was a famous study done which looked at the shooting percentage of the Philadelphia 76ers during the 1980-1981 season.  Specifically, they noted if the shot was made or not and then noted if the shot right after it was made or not.  They found that “a player’s performance on a given shot is independent of his performance on previous shots.”  I’m not saying streaks don’t happen, or that you shouldn’t give it to the guy with the hot hand. Rather that in a string of shots over the course of the season streaks will happen.

Definition: The error to judge a past decision by its ultimate outcome instead of based on the quality of the decision at the time it was made, given what was known at that time.

“Ball don’t lie.” NBA player Rasheed Wallace used to say these words after a foul shot was made or missed.  If the referee called a foul on Rasheed which he thought wasn’t a foul, and then the player at the foul line missed his shot, Rasheed would say “Ball don’t lie,” meaning the foul call was wrong because the outcome of the shot was a miss.  He would similarly use it when an arguable call sent him to the line and he made the shot.  “Ball don’t lie,” in this case, meant that the right call was made since the outcome was a made free throw.

As you can see, cognitive biases are pretty common, and they influence decisions and strategies sometimes without even realizing it.  In sports, they can make or break games and seasons.   So when it comes time to make decisions or have an informed discussion, be mindful of these cognitive biases.  Better yet, combine it with hard data and you’ll be golden.

Previous Post: « Prospects and Parents Will Open More Of Your Emails If…
Next Post: Admissions VIP Extra: January 31, 2017 »