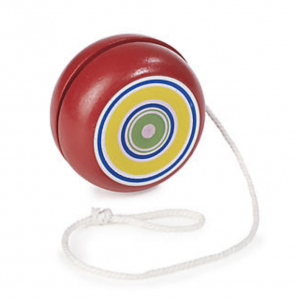 By “Yo-Yo” I mean it is going up, it is going down, it’s going up, it’s going down, but it never really takes off. Maybe you’ve plateaued?  Maybe you’ve hired a good new assistant and things get better for a little while, but then you lose that top recruit, that assistant leaves, and you go back down. Honestly, that is where most programs seem to live.

There are actual phases you go through in a Yo-Yo Program.

First phase is you abdicate (gives things away to other people). You get busy and can’t get your stuff done so you give away tasks to your staff and you think they will be just fine. They ask a lot of questions and when they don’t do it as well as you want, you start to micromanage because their quality is so bad. Then you start doing everything yourself because you think it will just be easier, you eventually get overwhelmed, and then you abdicate again. Once again, they do a bad job, and so you resort to micromanaging again. You stay in A and B. You go ABABAB and you stay there until you decide to not coach anymore. As a result, coaches who work in this type of program stay average, and it is hard to move up into being considered exceptional as a coach.

And then you move into C, which is top down leadership. If you are working in a top down leadership environment, you are told what to do, when to do it, and everybody must do it the same way. The head coach determines what the way is, and it is translated down and that’s the final word. That’s the way we do it, it is in writing, and you must just follow along and follow orders like a lemming. It’s kind of old fashioned military sort of way. Now, there is efficiency and scalability in that, to a point. But you will only get so far.

Taking it to the next level is D, and this is what I teach through my group coaching program. Instead of abdicating you delegate. Instead of micromanaging, you lead in a way that empowers your team and grows. Instead of top down you set up your operations bottom up. Bottom up means that the best ideas come from those who are doing the work as you’re translating the work to them and we are setting up a culture that grows based on their best practices put into writing.

So, I guess what we’re saying here is it’s worth getting over that point of inertia. A kind of breaking through the friction and getting to a point where you put a little bit of extra effort in over a relatively short time frame, and then you manage that for a relatively small timeframe on a week-by-week, month-by-month basis. You see some really amazing results. We use the Win the Day formula as a kind of guideline, and but broadly speaking, that ought to be your objective.

The word “system” may seem a bit confusing and mysterious, but it’s really not that complicated. A system is any type of predetermined procedure, process. Method, or course of action designed to consistently achieve a specific result. If a system is designed and followed the same way each and every time, it will produce the same result over and over again. Systems are often made up of multiple smaller systems, and all work together for the good of the whole larger system.

A care is an example of multiple systems working together for the good of the whole. Within a care are many smaller systems:

Brake system-produces the results of slowing down and stopping the car.

Electrical system-produces the result of making sure all the lights, stereo, instruments, etc., function properly.

Each of these smaller subsystems functions on its own to produce e its own specific results. They work together with the other subsystems, producing one great overall result—a car that drives and functions as it’s supposed to. Creating and installing your own systems enables you to bring order and predictability into your program. Without systems, chaos and dysfunction can prevail.

When you begin thinking “systemically,” it means you developed the ability to think in terms of how all the systems are interconnected with each other. Adopting a systems mind-set can enable you to focus on specific area until you’re able to produce the results you’re after.

I help coaches identify the separate systems that make up your program and your life and to get control of them. Identify, isolate, and then get to work on them and it can shift your program. I can tell you more, just email me: mandy@busy.coach

Previous Post: « We Need to Talk About New Year’s Resolutions
Next Post: Keeping the Athletes You Recruited »