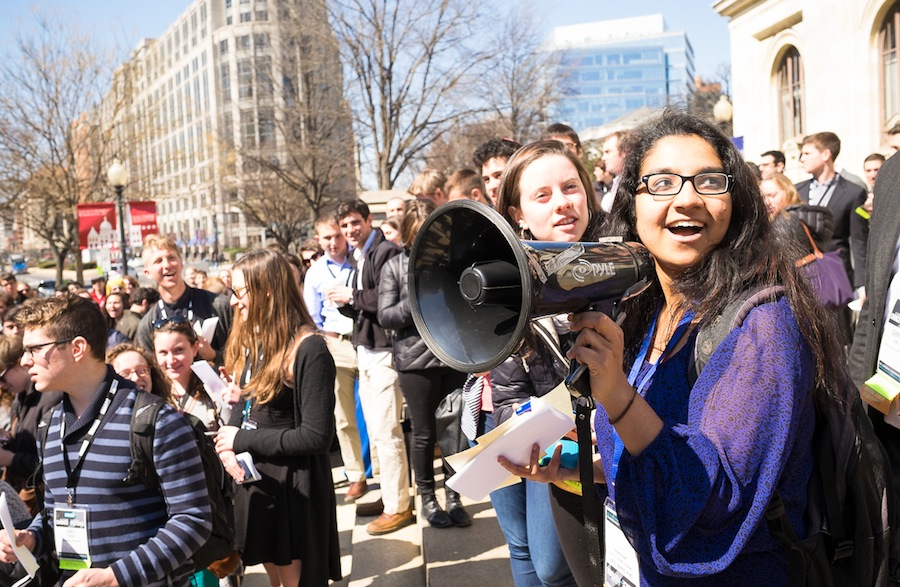 You work on a college campus, Coach.

Eventually, on your campus, there is going to be a crisis that arises. Or, a conflict of some kind will take place.  God forbid, a crime affects your college or athletic department. Or, your college will unite for a passionate cause that’s important to part or all of your campus community.

Not all of them will be peaceful, and few follow a predictable script.

And that is why you, as a college coach engaged in the recruiting younger high school prospects and their over-anxious parents, need to have a plan when it comes to what to say to them when crisis, conflict and causes collide with your message.

I raise this as a topic to discuss not because I want to, frankly. But for the coaches we serve, questions about how to handle these facts of life on a college campus, and how to communicate with prospects about what they mean, are becoming more and more common. You need a plan; if you don’t develop one, you’re going to risk losing recruits over fear and misconceptions.

Full disclosure: I am not an expert on race relations, crime prevention, or protests. This article isn’t a commentary that take sides on a particular issue, which colleges have more crime compared to others, or any of the root origins of the crisis, crime, conflict or causes that arise on campus. Most of you realize that a college campus is supposed to foster debates and free expression, and with that often comes passion and allegiances within your collegiate community.

My concern is for how those issues are viewed by your prospects. My goal here is to give you the beginnings of how to effectively and truthfully address these situations in a way that brings respect to the issues or situations happening on campus, while calming the fears and questions that almost always arise in the minds of your recruits and their parents.

While each situation is different, I wanted to outline some recommended strategies that your program can implement based on working through some of these situations with our clients over the last decade.

That’s a big category covering a lot of different possible situations: Natural disasters, a gunman on campus, or someone in the athletic department (or your program) that was discovered to have committed a crime or major infraction. Regardless of the details, when crisis hits, your natural instinct is to hunker down and ride it out. And to be sure, there are times as the crisis is unfolding that you need to make sure you are following leadership instructions on campus, legal advice, or the direction of emergency personnel.

But once the crisis has calmed, and after your responsibilities to your team, fellow coaches and campus community have been met, you need to provide context to your recruits and his or her family. When I recommend that you need to ‘provide context’, I mean you need to do three critical things for your prospects:

If you coach in an urban area, or in an area with a history of crime, you’re going to have to address this potential game-ender for your recruits, and his or her parents. Our studies centered around female student-athletes in particular clearly show that the more quickly you bring up the topic and discuss it in detail with your recruit’s parents, the less of a chance you will let the problem develop into something that would prevent them from seriously considering you.

Conversely, the longer you wait to discuss it – or if you make the decision to not address it an just ‘hope’ your recruit and his or her family don’t bring up the topic – the higher the chances you will never be seriously considered by the best student-athletes.

Based on what we’ve watched coaches do to successfully address the crime question on their campus, I’d recommend that you first explain the difference between crime near campus, and crime on campus. There’s a difference that your prospects need to understand. Secondly, you need to give a brief history of how crime isn’t affecting your team (and hopefully that is the case!). The more detail you can give about the circumstances surrounding any crime near campus, and the unique circumstances that were probably in play at the time a crime occurred, the more your prospect’s family will feel comfortable that their son or daughter isn’t going to be at great risk once they come to campus.

You answering this question as early in the process as possible is critical. Crime near campuses sometimes ruins a little bit of the prestige of a college, but it doesn’t have to be a major factor in your recruiting story…IF it actually becomes an active part of your recruiting story (and by the way, if you aren’t defining how you and your team handles crime near campus, your competition might be perfectly happy defining it for you).

College campuses have a history of conflict arising occasionally as a part of the political and social issues that are debated between groups or individuals on campus. We’re seeing that happen more and more in todays world, and I believe it will always be a part of campus life at many colleges and universities.

But like the other previous situations we’ve talked about, your recruit and his or her parents may not understand what’s happening, or appreciate the free flow of ideas and debate that happens from time to time. Remember, your high school recruits aren’t engaged with campus conflicts, and need help defining those conflicts.

The most important aspect of how you address this potential area of concern for your prospects center around letting them know that as a college student on your campus, this may or may not affect them – and it will largely depend on what they choose to become involved in as a student on campus. I don’t advise lying or hiding any aspect of the conflict. Instead, take the opportunity to educate your prospect about how college campuses work, and why conflict is sometimes part of passionate conversations between groups of individuals with different world views. Make it a positive part of their potential college experience on your campus…they are looking to you for an explanation, and for context on how to define the conflict they’re seeing at your college.

It’s probably not fair to list “causes” that are important to college students, athletes and campus personnel alongside natural disasters and crime. The only reason I do is because when it comes to your prospects, for many it holds the potential to result in the identical response: Fear, confusion, and lots of questions about whether your school is right for them or not.

Protests and campus rallys, like the other situations we’ve outlined, need to be defined. The only difference that we’ve noted is that it’s not necessarily vital to bring up the various causes being discussed on campus before a prospect asks about them. For many high school student-athlete prospects, we find that unless they are a member of a group at the center of the cause, it may not be an issue that is important to them in their final decision making process.  Note that this is not meant to say that a particular cause isn’t unimportant as an issue, simply that the prospect may not be engaged enough with that particular cause to need to have it explained to them as a critical part of their final decision.

However, those recruits that identify strongly with a particular cause need an understand of why the cause is being discussed, and that you as a coach support the free exchange ideas as a part of your campus’ culture. Your recruits that identify with a particular cause aren’t necessarily looking for a coach that believes the same things that they do. Rather, they are usually wanting to make sure that they are safe to expand their own beliefs and interests as a part of your program.

Communicating your thoughts regarding causes, and their role on campus and in your program, are one of the most critical discussions you may have with some of your recruits. Only you, as the person that develops the one-on-one relationship with your prospect, can judge the right way to approach this conversation.

Real life happens on college campuses. Having a plan to define it for your recruit, and lead them through their thought process, is critical during times of crisis, crime, conflict and causes.

Previous Post: « Strategies for Improving Your Campus Visits
Next Post: How This Approach Will Help You Increase Your Enrollment »