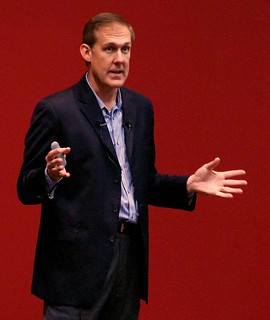 He was fit to be tied.

A client venting his frustration to me at seeing his junior college prospect take the completely opposite approach in the recruiting process highlighted, once again, just how different it is from approaching a high school student-athlete.

It’s usually only a two-year separation between their high school recruiting process and what they go through as a junior college prospect, but it seems like a lifetime.

“I recruited this kid three years ago as a Junior,” said the frustrated coach.  “Back then, he could barely put two sentences together and wanted to take forever to make his final decision.  Now, he’s the negotiating with me and isn’t coming close to involving his parents the way he did the first time around.”

The more we work with coaches who rely on signing a few key Junior College recruits every year, the more we learn as to how they go through the recruiting process.  And, we’ve found some very significant differences in the way they view the recruiting process – as well as significant differences in how you, as their next college coach, should approach them compared to a high school recruit:

They’re usually not happy about having to settle for the Junior College option.  They had to, of course, because of academic reasons (64% of the time), not being happy with their athletic options out of high school (21% of the time) or an injury that reduced their “recruitability” in high school (%9 of the time), among other reasons.

They’re usually not as concerned with the relationship with your team.  This is a huge difference compared to high school prospects, who use their feelings towards the team as a primary determining factor as to whether or not they feel like they should commit to a particular college program.

They’re usually not going to involve their parents as much.  Whereas their parents were central to helping them make a decision in the high school recruiting process, now as a Junior College athlete they feel more independent and capable of making this important decision on their own.

They’re usually concerned with one primary thing.  That is, “What’s your plan for me, Coach?”  They have two years left in their college athletic career, and they aren’t usually looking to sit on the bench in a program for their last two years of college.  And, you probably aren’t looking for them to do that, either.  In other words, they want to get down to business as soon as possible.

So, with those five primary research points firmly established, here are some important questions I think it’s vitally important to ask yourself as you design a strategy for recruiting for your program:

Recruiting Junior College prospects has been something that has made all the difference in the world to many programs at all levels around the country.  Doing it correctly, however, makes the difference from just occasionally “striking it rich” with a good JC athlete, to developing a steady pipeline of those prospects that flows into your program reliably, year after year.

Previous Post: « What the Drive-Thru Reminds Us About Customer Service
Next Post: How The Miracle On Ice Team Inspires Athletes Today »