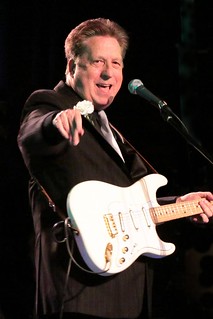 One of the most interesting presenters at this year’s National Collegiate Recruiting Conference is Jim Holvay.

Several decades ago, he was one of rock n’ roll’s golden boys: A talented musician, a hit songwriter, and at the top of his game in the world of Top 40 music as a member of the popular 1960’s bands, “The Buckinghams” and “The Mob”.

Then, things changed.  Other acts became popular, music styles evolved, and Jim was left wondering what he was going to do next.

The unexpected answer was a career in sales.  He went from recording studios to selling office equipment business to business in Los Angeles.  The result?  A successful career that has build a good life for he and his family.

At the upcoming NCRC, he’ll lay out his life lessons for college coaches who are convinced that they could never truly becoming great at “selling” their program to prospects.  They can, says Holvay, if they approach each recruit in a specific way.

“If you treat the recruiting process like a sales transaction, and not as a relationship building opportunity, you may get one commitment but not five”, says Holvay.  “If you want to be a good recruiter you have to have a deep passion for helping people.”

Jim Holvay is going to be one of the most memorable people you meet at NCRC, and the lessons he’ll share (plus the hilarious stories of the world of music in the 1960’s) will have you re-thinking the way you approach your recruits.

Make sure you register soon for this year’s National Collegiate Recruiting Conference!