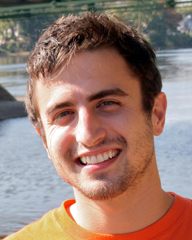 January 27, 2010. Do you know what happened that day? I didn’t, until I did some research. That was the day Steve Jobs announced the first generation iPad to the masses.

I haven’t touched that iPad in 3 years. It’s in my closet somewhere. I save my old devices so one day when I have kids I can show them the “outdated” technology their dad used to use.

My lack of iPad enthusiasm got me wondering. Were others ditching iPads as well?

In the second quarter of 2014, there were 16 million iPads sold

So you can see where this trend is going.

Now why the decline?

When the iPad was first introduced, tech enthusiasts questioned whether anyone really needed a third computing device (on top of a laptop and smartphone). Jobs foresaw this question and specifically cited these specific tasks that would be better on an iPad:

Now are any of those really better on the current iPads? A new report from GlobalWebIndex shows that tablets only come ahead of smartphones in just two areas: playing games and watching on-demand videos like Netflix or Hulu. For everything else people want to do online, smartphones are more popular.

Another reason why tablet sales are shrinking is people generally hold onto them a lot longer than they do with their smartphones, which are normally upgraded every two years.

The 16-24-year-old age group (which shows us where tech is going in the future) rarely uses tablets, relying more and more on their smartphones which can be pulled out of their pocket in a few seconds. 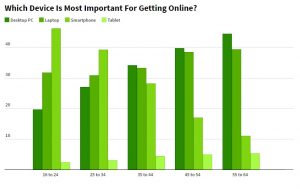 That’s really awesome Neal, but should I still purchase a tablet?

We love getting tech questions from our coaches. Sometimes coaches ask us which tablet they should purchase. If you are in the market for a tablet, the iPad is still, hands down, the best tablet out there.

A lot of coaches use our Coach Packet app on their iPads, but we also have an app for the iPhone as well.

Ken Whittaker, mobile developer for Front Rush and Coach Packet, told me on the record that the best iPads to purchase are the newest mini or air 2. If you are looking to save a few bucks, you can purchase the original air as it’s not much different than the air 2.

So if you’re looking to purchase a tablet for general web browsing, watching videos, playing games or if you use a niche product like Coach Packet other coach specific apps – definitely go iPad.

That brings me to my last question. What do you use your iPad for? I’m eager to hear. If you use the iPad for coaching, what apps to do use for video breakdown, play calling, scouting, etc? Let us know your favorites! We love learning what you do as coaches.

Previous Post: « How to Begin Telling Your School’s “Story”
Next Post: Eggs, Soap and the Recruiting Myths You Choose to Believe »