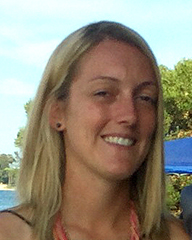 Every week, I head over to Dusty Rhodes Dog Park in Ocean Beach, San Diego with my two crazy Italian Greyhounds (semi-instafamous @izzy.the.iggy).  Throughout the year, I have witnessed many different activities in the park however, more recently, I can’t help but notice the increasing recreational use of drones.

Maybe they have always been there but there is one defining moment that I began to notice their existence.  Just for a visual, the dog park is separated by a fence, keeping the small dogs on one side, and the bigger dogs on the other.  I probably wouldn’t have noticed this drone, until Baxter, a lab mix, made a run for the corner of the connecting fences barking uncontrollably.  He launched over the fence and headed straight towards the center of the field.  It was then I realized what Baxter was after.  He was after the drone.

This drone was piloted by a young boy and his father.  They were operating the DJI Phantom 3, one of the more popular drones on the market.  There are lots of different brands of drones out there, but I have just decided to focus on the DJI Phantom Series.

The DJI Phantom 3 features 4 models to choose from.  Phantom 3 Standard (the “beginner model”), Phantom 3 4K, Phantom 3 Advanced, and Phantom 3 Professional (the “phantom that has it all”).  Each of these drones were created for High-Level aerial photography and cinematography.  The prices typically vary from $499 – $1259.

To Learn more about the features of all of the DJI Phantom drones visit their website.

Aside from recreational use, businesses have caught on to the trend using the drones mainly for  photography and video. However some companies such as Amazon are taking it further with the idea of commercial drone use for package delivery.  On June 21st, the FAA Finalized the first operational rules for commercial use of UAS (drones).  These regulations will create new opportunities for Businesses and Government moving forward.

Okay, so how does all of this relate to you?  The other day I was at the USA Women’s Rugby Sevens Olympic trials at the Olympic Training Center in Chula Vista, CA.  Out of the corner of my eye, I saw it again, a drone taking off and eventually hovering above the field.  I had to pause for a moment because up until this point, I never thought of a drone as anything more than just a cool piece of technology, but now I see how valuable it can be in athletics.

Not only does a drone have a very functional purpose when it comes to filming your practices, it is really really awesome.  Drones offer that futuristic angle for media purposes, in promotions, and highlight films, but I sat down to speak with one of the players on the team to find out if and how drone use at practice has impacted their video analysis.  Below are my findings.

Imagine this, you’re a field hockey coach and your main focus all week has been off ball movement.  You are putting everything together in a final scrimmage before the upcoming game.  The ball transfers from the right back, to the center back, out to the left back, and ahhh you can no longer see the right back, right midfielder, and you have no idea if those players are making the correct cuts / movement.

Everyone has watched film.  Typically you have this one problem.  Maybe your camera is set in a lift behind a goal.  That is great when you are defending or attacking that goal, but what happens when you need to see the rest of the field.  “Is that #7 or is it #9? Oh no, it’s #6…I think.” This can help you solve that problem.

The quality of video on the Drone is so high that it will most likely be better than the quality of the camera due to its 4K resolution.

When you have recruits on campus, typically when they come to watch practice they do not have much to do.  Here you can have one of your players show them all about the drone and footage and even allow them to take a turn flying the drone (if you’re feeling adventurous).  It will definitely be a memory they will remember and share with their family and friends.

In the past, the use of drones really didn’t seem practical.  After witnessing how common they are becoming and digging into it a bit more I can see how drones will only evolve more and help overcome some of the obstacles the camera and tripod may encounter.

From creating marketing videos of your campus and your sports program to utilizing drones in your day to day practice and game film, the possibilities are endless.  If you have an extra $1000 in your budget, I highly recommend exploring how a drone may be a benefit to your program.

Previous Post: « New Research Means Good Things for Our Clients
Next Post: The Key to Your Productivity »