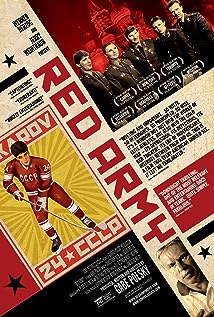 As you recruit and build your team and program, it is like making a good stew.

When the 1980 US Olympic hockey team was upsetting the Soviets 4-3 in Lake Placid, Steve Janaszak and Bob Suter did not play in the game. Janaszak did not play in any games, as coach Herb Brooks made the decision to ride Jim Craig the whole way. Suter was not back full speed from an ankle injury and Brooks felt did not have the speed to keep up with the Soviets.

As I have written here before, that Miracle on Ice team was a team with egos, but no ego problems. Sure, it irritated the heck out of Suter not to play against the Soviets, and he was burning inside, but he never showed it. Any snit he had was very private. Janaszak sharpened teammates skates between periods, and was the first on ice to celebrate goals. This was a guy that was 1st team All America goalie at the University of Minnesota and MVP of the previous NCAA Final Four.

When all was said and done and the gold medal was won, Suter leaned over to Janaszak and had this exchange:

Suter said it in a very positive way. Mike Eruzione and Jim Craig and Mark Johnson were the big juicy pieces of beef during that run. Other players were the carrots. Some were potatoes. Some were the green peas.

You can’t have a stew without all of those things. In recruiting, think of it as making a stew that wins the prize at the competition. Each player is going to have a specific role. Communicate with them. One of the reasons Janaszak handled being back up was that Brooks had clearly told him there was a chance he would not play in Lake Placid. That helped.

How the Soviets ‘built their beef stew’ is a fascinating story in itself. Be sure to check movie listings in your area for the new documentary Red Army. You can go to redarmymovie.com. It is the brilliant doc on how they became arguably the most dominant dynasty in sports history, and how Anatoli Tarasov built them by studying ballet, chess, circus and
philosophy. Every college coach should see this doc, as it shares rare footage of their conditioning drills (that got heartbeats to 220). It shows how they recruited youth into their hockey system, with even a choir performance where the singers sang, “Those that do not play hockey are cowards!”

Slava Fetisov says there was such interest in becoming a part of their Red Army team that when he was nine, the line for tryouts for the youth team was 4 miles long.

I look forward to speaking on Life Lessons from Lake Placid and the Miracle on Ice at the upcoming 2015 National Collegiate Recruiting Conference in Nashville.

If you need to contact me, I can be reached at charlie@stokethefirewithin.com

Previous Post: « Why Coaches Should Enroll in Tudor University
Next Post: How to Win Your Prospect’s “Bracket Challenge” »