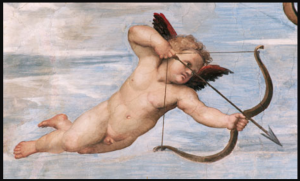 At some point during the recruiting process, coaches will try to figure out their recruit.

How interested are they? What’s their big key to picking a college?

And, the inevitable question: “Does he or she love our program and our school?”

Because as a coach, do you really want to recruit a player who isn’t in love with you and your college? After all, you should want to get kids on your roster who know they want to be there, right?

The answer? Not necessarily.

In our most recent focus group research conducted as a part of our ongoing work for our clients, 58% of this most recent incoming Freshmen class made some kind of mention of not fully committing emotionally to their final choice until after they had made their decision official with that program.

Why? The most common explanation had to do with matters of the heart: This generation of prospect is very guarded when it comes to an emotional commitment. In other words, they are apprehensive about fully committing emotionally to a program that they don’t know they’ll be playing for after high school.

That goes against the question I posed from coaches at the start of the article: “Does he or she love our program and our school?” Probably not, in their mind. They might really like you, but if you’re looking for proof of that emotional buy-in, you might be disappointed.

Let me take it one step further:

You know that recruit who told you that there are three or four schools ahead of you on their list, but that they still want to keep you as an option in case those others don’t work out. Now, whether or not you want to wait it out is your choice, in that situation. What I will say, after reviewing the research and understanding how this generation of athlete thinks as they move through the recruiting process, is that I think you can actively continue to pursue that recruit and not worry as to whether or not they’ll be committed to your program and “all in” for you as their coach.

Basically, the majority of recruits tell us they really ‘fall in love’ with a program after they commit, not before.

If you agree that this is true a good amount of the time, I believe it should prompt some key changes to your approach:

Don’t make the mistake of demanding their full allegiance as a pre-requisite for your continued attention. More coaches have lost more good recruits that way than they know, and I don’t want you and your program to be the next to add their name to that list.

Looking for in-depth discussions on how to be a more creative, effective recruiter? Listen to our podcast, College Recruiting Weekly. Subscribe on iTunes, Google or Stitcher. Or, click here to listen online now and see our complete library of past shows.

Previous Post: « A Very Important 3-Letter Word
Next Post: Episode 13: Michael Cross on Transparency Being the Key to Recruiting Reforms »