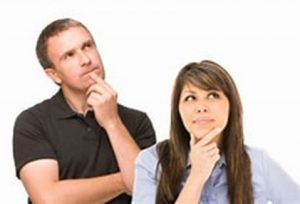 A while back I was on the phone with a client and we were talking about a high value prospect he’d been recruiting for a few months and he really had no idea where he was in terms of gauging interest.  All those things that would offer an easy indicator were coming through straight down the middle.

My advice to this coach was to never invite this recruit to a poker game!

The usual indicators of interest are obvious.  You can hear the enthusiasm in their voice when you call and they immediately respond to your texts and emails.  They’re now following you, your program, and members of your team on social media, and they’ve made an unofficial visit and walked out of the bookstore with a hat, shirt, and mug!   But what can you look for when the signs are not so clear?

The short answer is to simply ask them.  If you simply ask “Are you still considering our school” they’re likely going to simply say “yes”.  But that alone isn’t going to tell you much.  What you are really looking for is a sense for the depth of their interest.  A better strategy is to ask open ended questions that open the door for you to follow up with “probing questions”.  So, the conversation might go like this:

“Greg, I’m really enjoying the chance to get to know you and your family. It’s been terrific talking with you about your goals, our program, and where the two meet.   I’m wondering what you’d like to see happen next?”


This open ended question forces a response in one direction or another and depending on their response you can fashion a follow up question. If the recruit says something like, “Coach, I think I’m good” that translates to they’ve heard enough to know that they are more attracted to some other school(s).  On the other hand if they say “I’d really like to come for an official visit.  Could we do that?” you know you’re tracking well.  But if you don’t ask you won’t know.

The key is to always look for ways to ask open ended questions and then ask that follow up question.  Location is always a factor in choice.  If you’re recruiting someone a long way from your school that open-ended question would be “What about the idea of going to school so far from home is attractive to you?”  On the other side, if you have a recruit who is struggling with the idea of going to school so close to home ask “Why do you think it would be hard to go to school close to home” and then the follow ups would be “give me an example” or “tell me more about that.”

Some other tactics you can consider:

We would all love to know what our recruits are thinking about us throughout the recruiting process.  It would make everything else so easy.  The best solution is to just ask them. But have some tactics in your pocket to deploy if still feel unsure about what step to take next.

Greg Carroll is a retired athletic director who now services the Northeastern U.S. as Regional Recruiting Coordinator, consulting with coaches to help them develop their strategy for communicating with recruits. To contact Greg, email him at greg@dantudor.com.

Previous Post: « Keep Yourself in the Game
Next Post: Why You Need To Stick With Your Timeline »