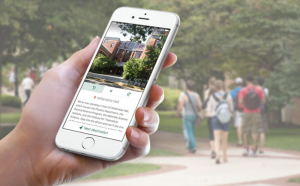 Kids love texting! But, you know that, Coach.

Texting is a fantastic tool to use in your recruiting communication. And really at this point, use of it is a necessity in recruiting.

But are you using it as effectively as you can be?

As it is with your entire recruiting strategy, trying to stand out is the key to success.

Now if you want an idea of what will not stand out, it goes something like this:

“Hi Johnny, how did your practice go today? When is your next game? Is your family doing well? Have you started your application yet?”

Texts like this, over and over and over again are not helpful. They just don’t help you stand out, Coach. Most other coaches will be texting the same kinds of questions. The responses are largely unhelpful. And the recruit doesn’t get inspired to think about your program any differently.

So instead, do these two things to make better use of this convenient method of communication.

This generation of prospect, as well as most adults, uses texting for quick, back and forth communication.

And we don’t necessarily want to deviate from that. Long drawn-out messages often don’t get read or responded to as well as quick, short ones. If you find yourself typing a super long message, it might be better placed in an email.

But, with that being said, we want to use texting to get really useful feedback from recruits. Those short, “yes” or “no” responses that often have no follow up, don’t help you as a coach.

What this does is get a recruit to verbalize their reasoning. It helps you get the feedback that is useful for you going forward. The first question might just get you a simple “yes” because the recruit wants to give you the answer they think you want to hear. But, that first question doesn’t really force the prospect to think.

The back and forth that might start from the second question will be so much more productive for both you and the prospect you are texting.

Most of us use texting to send written words back and forth. And rightly so since it is right in the name “texting.”

So, since most of us stick to texting words, what is a way you can stand out?

This generation has grown up consuming video content. If you’re reading this article near the time it was written here in 2021, your oldest prospects were only one or two years old when YouTube came into the picture. They don’t remember life before an influx of video content.

If you have a quick message you want to send a prospect, every once in a while, shoot a quick 15 second video of yourself asking the question or stating whatever you have to say.

Now, in order to make sure your recruit feels comfortable responding, it might be best to let them know they can text their response instead of sending you a video response back.

But what this does is it gets their attention. That is exactly what standing out means. You have that prospect’s attention, more so than your competitors.

The recruit watches the video because it stands out. Then they text you back a response. And you follow up and have a productive text conversation that gets your recruit thinking. Hopefully about you and your program favorably!

Looking for more insightful tips and one-on-one advice for your program? Let’s talk! Click here to see how we’re helping 500+ programs around the country.

Previous Post: « If You Aren’t Happy with Your Program’s Brand – Change It!
Next Post: Want to Be at the Front of Your Recruit’s Line? »