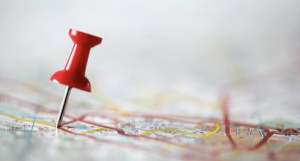 Do you keep your word?

When you promise an action to someone else, do you follow through? And if for some reason you can’t keep that commitment, don’t you feel guilty? I know I do.

That concept – keeping promises, and the resulting feelings it evokes when you don’t for some reason – can and should be one of the key recruiting points you establish early on in your recruiting timeline with new and existing prospects. Coaches tend to hold themselves to tight deadlines and kept promises, but give a lot of latitude to their recruits when it comes to the same standards. Not only is that not fair to you, it creates a big problem in recruiting.

When your prospects are allowed to break promises, change decision timelines, and ask you for favors that actually hurt you and your program late in the recruiting process, you cede power in the process over to them. In addition, you brand your program as weak: If you’ll take anyone at any time, and your previous deadlines don’t mean anything and can be changed upon request, does that communicate “we’re a strong destination program that you should want to be a part of”? No, it doesn’t. Recruits tell us that very clearly…when a coach says something like, “sure, take your time, we understand it’s a hard decision, just let us know when you’re ready and we’ll be here”, those aren’t actions that strong, destination programs communicate. And even if you aren’t one of those strong, destination programs right now, you want to be…and your actions when you’re not will help determine how quickly you ascend to that level.

Does that make sense?

If it does, and you want to begin to prompt the kind of response and action from prospects that you see other coaches getting, I’m going to suggest you establish this key recruiting process in your timeline with recruits:

Now, in setting that out, let me say right from the start: There are always exceptions to these rules. But that means you make allowances in rare instances, not as a regular practice. That’s what happening with far too many coaches right now, and it’s hurting their recruiting classes and chipping away at the foundation of building a good program.

So, if that does indeed make sense, your first few steps are simple:

As a starting point, you’re going to be establishing a strong path forward for the process. And throughout that process, if you follow those four points we’ve clearly seen working for coaches around the country, you’re going to manage that process rather than having it manage you.

It works, and it’s needed. Your prospects will gravitate to college coaches who lead them through the process, and these are the proven building blocks for establishing yourself as one of the coaches who is worth following, because you’re actually leading. And they’ll tend to keep their own commitments to you, because most of us – in general – don’t like breaking promises. That powerful combination is what’s working for coaches around the country.

As a part of our popular On-Campus Recruiting Workshops we conduct on college campuses, we go through a detailed, step-by-step explanation of how to do this, and more about why it works. To bring our experts to your campus, and get more information about what we do, click here.