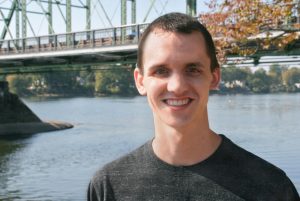 You probably hear about smart devices all the time: smartphones, smart TV, smartwatches and fitness trackers, smart lightbulbs etc. So when did all of our other devices become dumb and these new devices become smart? And what exactly is the criteria for something to be considered smart? In my opinion, the bar is set pretty low. As you may recall, I have previously written about smart speakers (https://dantudor.com/mini-talking-robots/) – the Amazon Echo and the Google Home. These devices communicate with a network to listen to your commands, process your speech, and provide you with a result. Okay, that’s pretty smart. A tiny speaker can answer something I don’t know in a few seconds. But what about these other devices?

Smartphones are probably the most common example of a so called “smart device.” Thinking back to the wee old days of landlines, brick phones and flip phones, there’s no doubt that we’ve come a long way. Apps are a click away to solve all the world’s problems, the entire device is a screen in many cases, and it seems there are less physical buttons each year. Smartphones are smart because they allow you to interact with your phone in a much different way. In a sense, a smartphone isn’t really a phone. It’s more like a computer that has the ability to make calls. So we’ll rack one in the win column for smart devices.

Smart TVs are gaining in popularity, and allow you to interact with apps and services on your – you guessed it – television. A true smart TV has these capabilities built in, although some may argue that using streaming devices such as Amazon FireTV, Roku, Apple TV, or Chromecast can make any TV a smart TV. Not by my standards. That is an extra peripheral used to give you access to more things. Plugging in a mouse to your laptop doesn’t make your computer any smarter, it just allows you to use it in a different way. I’m not denying that these streaming devices are cool, but they don’t make a TV a smart  TV. A true smart TV, as I mentioned, has these streaming capabilities built in – for Netflix, Hulu, YouTube, etc. The idea is you have one remote and the ability to switch from regular TV programming to streaming content seamlessly. It’s great.

But, is it smart? Often, you can only focus on one app at a time. Although there is some disagreement if multitasking actually is smarter, I think we can all agree that a smart TV should probably be able to handle more than one thing at a time. In my opinion, a smart TV would revamp the TV experience. How many times have you wanted to watch a sports game and change the commentators (or mute them) but still have some other audio (crowd, different broadcast, in helmet speakers) instead? Or what about those clunky score boxes on the screen. What if I want that off the screen to start a big play? Does it really matter to know that an NBA team has 5 timeouts at the start of the game? A truly smart TV, in my opinion, would allow you to tweak the broadcasting networks features, and also allow access to the content many of these streaming devices provide. Doing simple things like glancing at the temperature, ordering a product you see in a commercial – from the commercial – among other things seem like natural progressions. Let’s refuse to be fooled by the current iteration of smart TVs. We’ll rack this as a loss for smart devices.

Smart watches are great – and even fitness trackers such as Fitbit – can even be included in this category. I’ll keep this section brief, as some of my colleagues have already written about Fitbit (https://dantudor.com/the-fitbit-evolution/), wearable tech (https://dantudor.com/wearable-tech/), and some of our employee preferences at Front Rush (https://dantudor.com/iphone-vs-android/), but smartwatches are basically digital watches that have the capabilities shared by your smartphone. It would be neat if they could operate more independently from a phone, but I think we’re close to seeing some more products like that. Plus, anything aimed at improving your health by giving you stand up reminders, or tracking your workouts is a win in my book. For those keeping score: smart devices are 2-1.

To round out the discussion, we’ll combine everything else into our last category. Smart light bulbs, smart cars, smart thermostats, oh my! In my opinion, these devices are just too overpriced for what they currently offer. Smart bulbs often require a hub, and then you have the added cost of equipping your home with these bulbs. Plus, if someone flips a light switch off – your bulb isn’t very smart anymore. Smart cars are worthy of their own blog. They are definitely a product to marvel at, and are smart, but I would love to see more: better mileage, auto driving capacities, etc. I’ll be harder on smart cars because they are (in my opinion) the coolest in the smart category. Smart thermostats, smart smoke detectors, and every other smart device out there are all “smart” in their own way. But as I mentioned, they are costly, which is a deterrent for many buyers right now. Cost doesn’t make them any less smart, but I think some people want these devices to do more, have easier installation, or have more features before they outfit their home with these devices.

So our final score, for this brief overview of smart devices is 3-1. Not bad, but as you coaches know – losing is never acceptable. I’m excited that companies continue to open up development to third parties – as that will allow for some of the greatest iterations of these products to be built. Also, with more companies entering the game – the competition increases and the standard of “smart” will inevitably go higher. I may have been a bit harsh at times in this article, but it’s up to us – the consumers – to come up with what the word means. Does improving the technology on a device that’s been around for years make it smart? Sometimes, but can it be smarter? Always.